If you missed Seattle Marimba Quartet’s stellar performance at Resonance at SOMA Towers earlier this month as part of On Stage with Classical KING FM, we captured a couple of videos that will wrap you in a warm embrace of sound. First, their own arrangement of Eric Whitacre’s Sleep and a great “rethink classical” portrayal, reading straight from the pages of Ravel’s String Quartet score.

If you love outside-the-box classical concerts, there are two more on KING FM’s season this year! Saturday, April 15, join the Seattle Rock Orchestra Quintet with Tamara Power-Drutis for a modern take on of art songs and Saturday, May 13, join Edmund Stone, host of The Score and pianist extraordinaire Michael Refvem for a LIVE version of this famous radio program featuring stories, visuals and live music exploring the finest in cinema scoring.

Both performances begin at 7:30pm at Resonance at SOMA Towers in Bellevue. Click here to learn more and buy tickets! 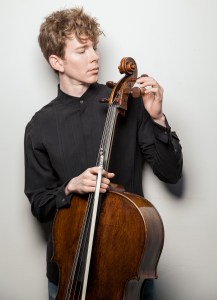 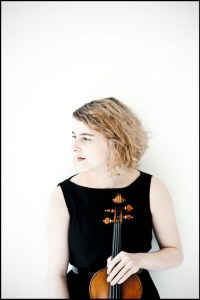 It’s always tremendously exciting when we get a premiere recording of American works for orchestra, but this release has me especially enthralled. Utah Symphony and Thierry Fischer present an immaculately conceived performance of works by three of our most prominent composers of the moment: Augusta Read Thomas, Nico Muhly, and Andrew Norman.

Augusta Read Thomas’ Eos is subtitled Goddess of the Dawn, a Ballet for Orchestra, and presents a tableau of Greek gods and goddesses. It’s interesting to note her remarks in the liner notes, where she mentions her compositional process involves standing at a drafting table to connect with the feel of dance. The opening movement Dawn is immediately spellbinding. It subtly evokes Copland’s Quiet City at the outset, with its spare textures and timid groups of repeating notes, eschewing the richness of Ravel’s Dawn from Daphnis and Chloe. It doesn’t last long, however, as we are soon taken on a playful journey that is a true concerto for orchestra. Utah Symphony really wows in Augusta’s music: the way challenging runs pass through the entire orchestra with perfect precision and ensemble is truly something for the ears to behold, and the Soundmirror recording team has produced a wonderfully balanced and transparent capture of the performance for Reference Recordings.

Nico Muhly’s Control is also helpfully subtitled, and the Five Landscapes for Orchestra that he explores are all impressionistic representations of Utah’s stunning natural landscape. He mentions oblique references to Messiaen’s Des canyons aux étoiles, and I actually hear a lot of Messiaen in this music, from commanding brass chords that stand like massive pillars of rock to gamelan-like rhythms of pitched percussion. It’s a fascinating work, such a far evolution from Muhly’s earlier minimalist-influenced textures, although this DNA partially forms the rhythmic backbone of Beehive. It’s interesting that the fourth part, Petroglyph and Tobacco, reminds me of Copland’s most muscular, swashbuckling populist works; it’s portraying stone-carving, rock-painting, and a Ute song that was used when begging for tobacco, a distinctly different viewpoint than Copland’s American West.

Andrew Norman’s Switch is a percussion concerto that seems to follow in a creative line from Play, his earlier work that “explores the myriad ways musicians can play with, against, or apart from one another.” In this work, the percussionist appears to control the action of the orchestra like an insane puppeteer, which certain percussion instruments setting off licks one part of the orchestra, and so on. It never ceases to surprise, enthrall, or sound less than tremendously difficult. It’s an incredibly symphonic work that seems to be successful in a purely shock-and-awe way, a work that clearly says “look what a modern orchestra is capable of.” Haydn would have been terrified.

Second Inversion hosts Rachele, Geoffrey, and Maggie S. each share a favorite selection from their Friday playlist! Tune in at the indicated times below to hear these pieces. In the meantime, you’ll hear other great new and unusual music from all corners of the classical genre 24/7!

Rudolf Escher’s chamber work Le tombeau de Ravel is a fascinating piece, one that looks gazes into the past and future at the same time. Escher utilizes the same antique dance forms that were Ravel’s vehicle of tribute in his Le tombeau de Couperin, and adds two airs and an enchanting hymn to round out the work. The inspiration for the work was a visit by Escher to Ravel’s former home, and the complex emotions of this visit are most directly portrayed in the first and longest movement, Pavane. There’s something about standing in an empty house, especially one that was once occupied by a great composer; it feels deserted and empty, and yet the air is somehow impossibly thick with the memories of the groundbreaking events that transpired there. The use of harpsichord and small chamber ensemble adds a nod to Ravel’s love of early music and an additional sense of intimacy to the work. – Geoffrey Larson

Tune in to Second Inversion around 1:30pm to hear this recording.

The album On In Love features 9 songs composed by Jefferson Friedman with lyrics and vocals by Craig Wedren accompanied by The American Contemporary Ensemble. I love this whole album because it pushes musical and textural extremes to their upper and lower limits, all the while fusing classical chamber music with singer-songerwritery pop. In the 9 minutes of “Glacier,” we embark on a slow journey beginning with a trance-like, ethereal, soulful ballad that slowly builds into a full-throttle, rock-n-roll  breakdown on the final word, “go.” – Maggie Stapleton

“…And if by chance
you still don’t know

Tune in to Second Inversion around 5:50pm to hear this recording.

Did someone give Earl Scruggs a violin? Nope! That’s the sound of the Turtle Island Quartet mastering the art of the hoe-down. This version was recorded live right here at Second Inversion HQ, but you can also find it on their Grammy-nominated album “Confetti Man.” – Rachele Hales

Tune in to Second Inversion around 8:30pm to hear this recording.